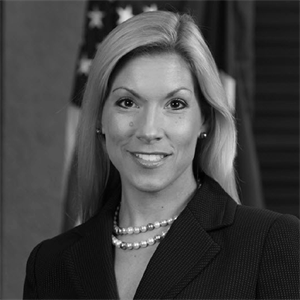 Beth is the regional administrator for the U.S. Department of Housing and Urban Development's Southwest region. She works in HUD's regional office in Fort Worth, Texas, and oversees HUD programs and operations in the region's five states: Arkansas, Louisiana, New Mexico, Oklahoma, and Texas. Before being named regional administrator, Van Duyne was mayor of Irving from 2011 to 2017 and was a city council representative from 2004 to 2010. As former deputy mayor pro tem, she actively represented the city with the U.S. Conference of Mayors, National League of Cities, Texas Municipal League, and North Central Texas Council of Governments.