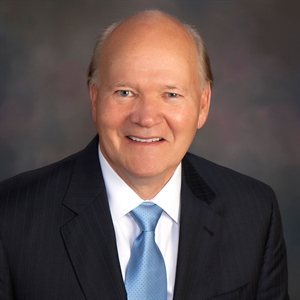 After graduating from the University of North Texas with a BBA in 1977, Jerry worked for Owens Corning Fiberglass and created a building materials distribution firm that he later sold to ABC Supply. He began his career in real estate in 1984 with the Jackson Shaw Company and launched PAR in 1994 as its president and CEO. Lessons learned in the volatile North Texas real estate markets of the 1980s and 1990s have proven valuable to PAR clients. In 2015 Jerry formed PAR Capital Partners with Michael Foster and Patrick Reis as principals in the partnership, serving a select group of investors. In 2018 Rick Bigelow became the president of PAR, while Jerry retains his role as CEO of PAR and managing partner of PAR Capital Partners. Jerry is a member of the North Texas Association of Realtors, the National Association of Realtors, and CCIM, and is the chairman of the Sumners Foundation.